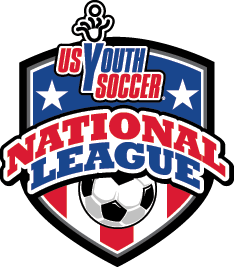 The National Youth Soccer Program (U.S. Club Soccer), exists to “transform the lives of America’s youth through the game of soccer.” For many people, including Bryan Nazor, a resident of Chestnut Ridge, New York, working with this youth soccer program has been inspiring and fulfilling.

U.S. Youth Soccer is a non-profit organization that provides a path for young people who want to break into playing soccer. The program teaches core values, like respect, integrity, teamwork and excellent, which Bryan Nazor said is an important component and allows the coaches to act as mentors in addition to teaching the game of soccer.

The organization was founded in 1974 and today has more than 3,000,000 players between ages 5 and 19. Most of the 300,000 coaches in the organization are volunteers like Bryan Nazor. These coaches spend their time educating and improving the lives of young soccer players in their community.

“Being a youth soccer coach has been more rewarding than I could have imagined,” said Bryan Nazor. “I get to work with motivated, talented kids and give back to my community in a tangible way.”

Many resources are provided to coaches from U.S. Youth Soccer, so those who are first-time coaches can be equipped with the tools they need. These resources include lesson plans, rules of the game, video clips, articles on coaching and even workshops and presentations to train coaches.

“The lesson plans were valuable to me in learning how to structure a soccer practice,” said Bryan Nazor. “At first it can seem intimidating, but there are lesson plans for all ages so you can teach them the skills they need, whether they are 6 years old or 16.”

Bryan Nazor said it was helpful to have a guide of listening to and communicating with players provided to him. Even those who are fans of professional soccer and have been watching or playing for years may not understand how to communicate effectively with players, which is one of the key components of being a good coach, Bryan Nazor said. “One of the best things I learned was to avoid the common pitfalls of communication in coaching, including avoiding bias and hot words.”